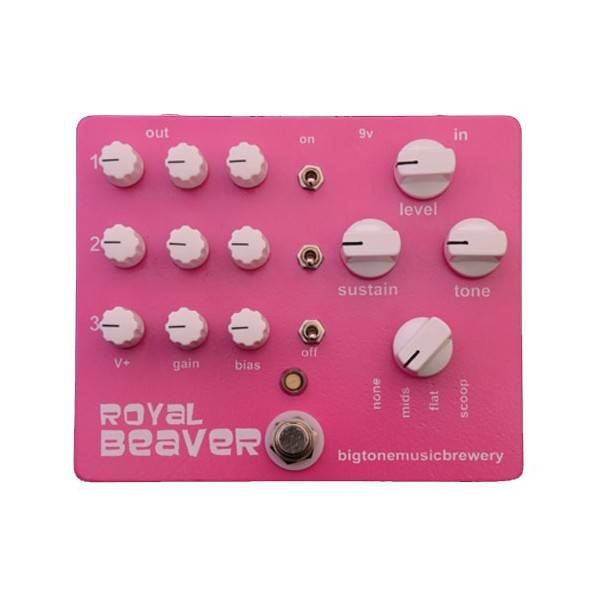 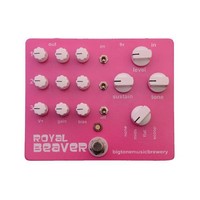 After countless experiments, we've distilled the essence of what makes each version of the big muff different. We found which components were crucial to the tone of each version, and how to manipulate them so that the tone of any version can be acheived. Not only can it dial in vintage muff tones, it can dial in new tones that you've never heard before. Everything from a gritty low gain overdrive/boost to an over the top, crushing distortion that goes into endless feedback and sustain, even at whisper-quiet sound levels..

You have complete control over the V+ (positive voltage), gain, and bias of the transistors in each of the clipping stages. These knobs allow you to sculpt and mold the tone and texture of the fuzz into your dream muff. You can dial in the tone of any version of the Big Muff Pi - Triangle Era, Ram's Head, Vintage NYC, Green Russian. Or you can create your own new muff tone. Anything from creamy sustaining distortion to gated ripping-velcro fuzz. In addition to being able to control the sound of each clipping stage, you can also bypass or turn each stage on individually. And we've added a 3rd clipping stage to the circuit. This means you can have a one, two, three, or even zero clipping stage muff circuit.