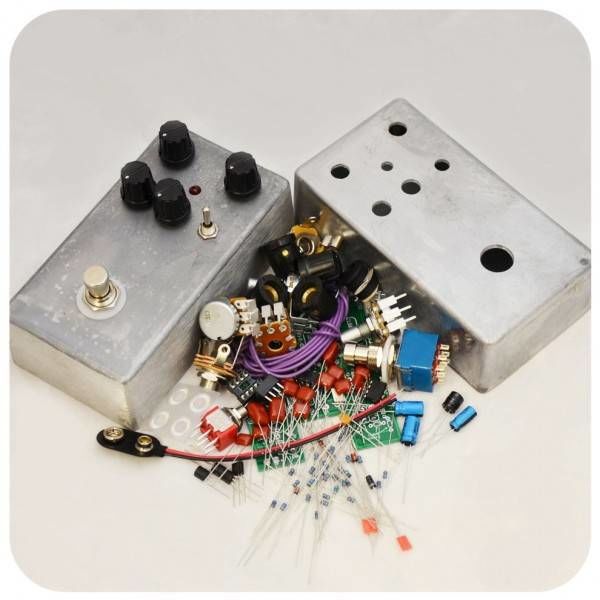 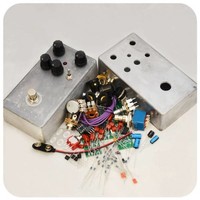 €74,50
Toevoegen aan winkelwagen
Build Your Own Clone Parametric Overdrive
€74,50
2 op voorraad
The BYOC Parametric Overdrive is an exact clone of the Pearl OD-05 with true bypass and Q mod - a 3-way switch that allows you to adjust the Q of the parametric EQ from narrow, medium(original specs), or wide.
Meer informatie
Specificaties
Klantbeoordelingen (0)

The Pearl OD-05 hasn't really caught on with many people yet. Very few of them were produced so not many people have had the chance to play an original. They don't fetch outrageous prices on the vintage market yet, but nonetheless, they are incredibly rare, so even if you've got money in your PayPal account to spend, you can still have a hard time getting a hold of one.The few schematics that are floating around on the internet are all erroneous, including the factory schematic from Pearl. Unless someone took the time to actually reverse engineer an original (like we did), any attempt to clone the pedal would have been a failure. It would "work", but it wouldn't sound good, so perhaps that's why the circuit hasn't gained popularity in the DIY/boutique community. But the people who have had a chance to play an original can tell you that it truly rocks. The parametric tone control is obviously the first thing people notice about the OD-05. It has a massive range from 100Hz to 4kHz, but that's just the icing on the cake. What really makes this overdrive special is it's retention of low frequencies and ability to be perfectly transparent. A transparent overdrive that can boost or cut any frequency, in practically the entire useful spectrum range of a guitar? Yes, please.

The BYOC Parametric Overdrive is an exact clone of the Pearl OD-05 with true bypass and Q mod - a 3-way switch that allows you to adjust the Q of the parametric EQ from narrow, medium(original specs), or wide. The PCB also has some extra spaces so you can modify the actual OD section to a circuit similar to the TS808, RAT, or other various overdrive circuits that have a similar op amp gain structure...not to mention all the usual clipping and gain mods you can do to dial it in to your exact tastes.