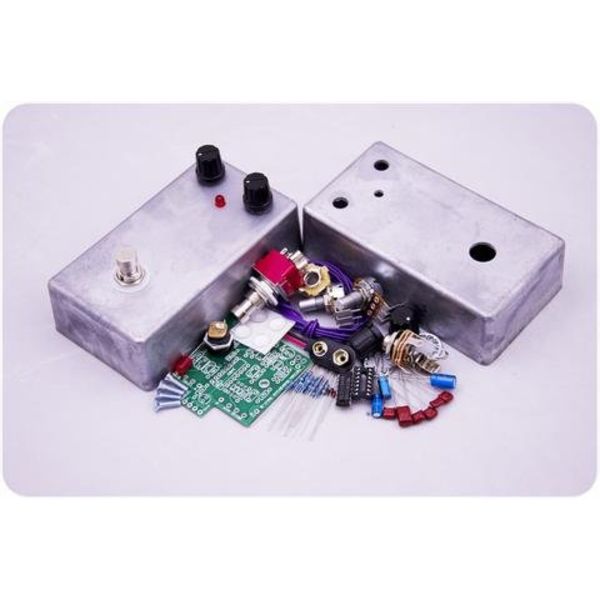 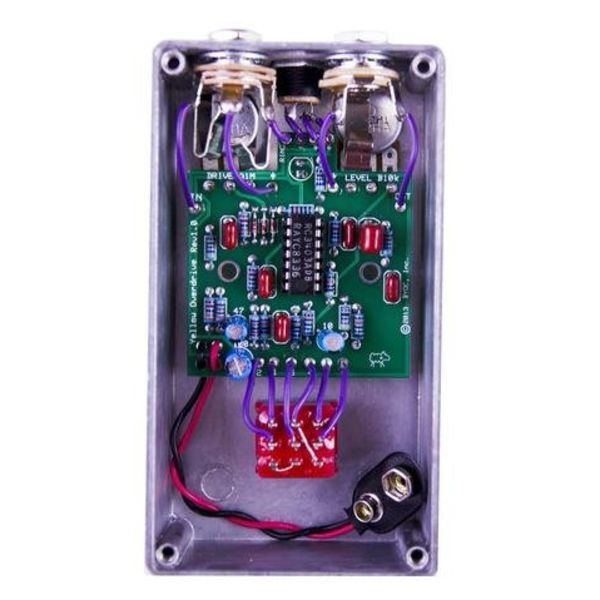 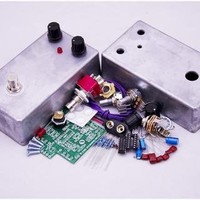 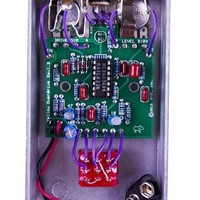 €61,75
Add to cart
Build Your Own Clone Yellow Overdrive
€61,75
4 op voorraad
The BOSS OD-1 is becoming a very popular overdrive. Prices for the original OD-1 with the Raytheon RC3403AD chip have gone through the roof! The BYOC Yellow Overdrive is an exact clone of the very first version BOSS OD-1
More information
Specifications
Customer reviews (0)

It has the quad op amp circuit, not the dual op amp circuit with transistor buffers that the later versions have.  The kit comes with the incredibly rare Ratheon RC3403AD chip that was used in the very first production run of the OD-1.  We have a very limited amount of these chips.  Once they're gone, we probably won't be able to get any more.

This is probably our easiest kit to build too.  Here's some mods you might want to try.

Mod 2.  Replace the clipping diodes with two red LED's (2,60 Euro).  This will give the overdrive a slightly crunchier texture and reduce compression.  It will also add a little extra volume.