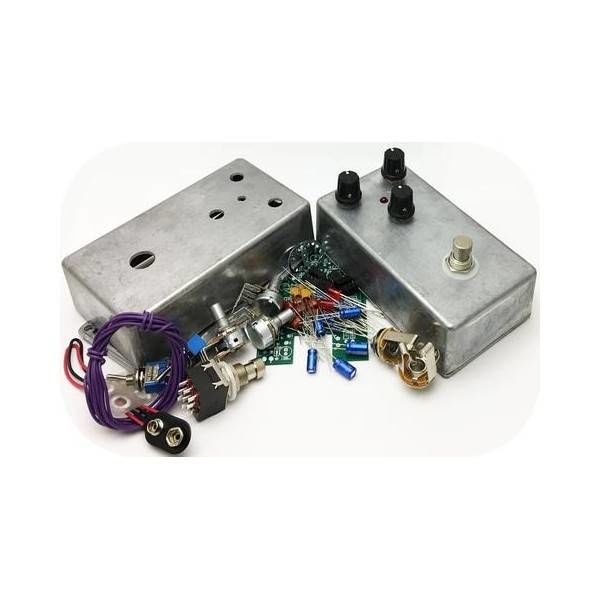 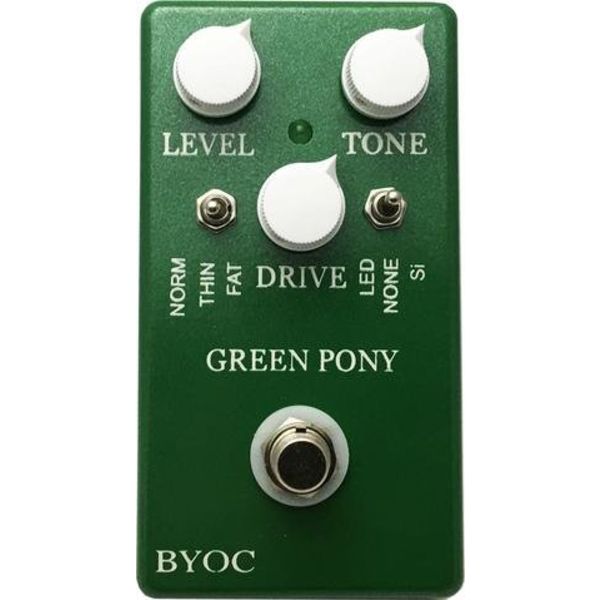 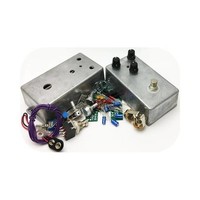 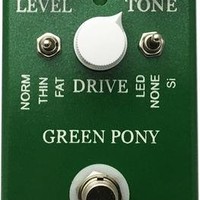 €70,00
Add to cart
Build Your Own Clone Green Pony
€70,00
2 op voorraad
The OD-820 was Maxon's answer to the popularity of the Klon Centaur.﻿
More information
Specifications
Customer reviews (0)

While it's not a clone of the Centaur, it still employs the same dual-ganged drive knob concept that gives the Centaur its ability to go from a completely clean transparent boost to an overdrive and an internal charge pump that takes your standard 9 volt power supply and increases the voltage for extra headroom.  Where the two circuits really differ though is in the actual distortion circuit.  The OD-820 uses Maxon's (and Ibanez's) famous Tubescreamer circuit.  This is a huge advantage for DIY-ers since there are many well documented modifications for the Tubescreamer, and most of them apply to the OD-820.

Another place where the OD-820 circuit differs is in the way its dual-ganged drive knob works.  As you turn up the gain on the Centaur, it shunts clean signal to ground.  And as you turn down the gain on the Centaur, it shunts the overdrive signal to ground.  The Centaur sounds amazing with the gain knob mostly clockwise or mostly counter clockwise, but this method of gain control causes some tone loss when the drive knob is set more towards the middle, the same way adding a master volume control to a tube amp does.  It's not much, but it is noticeable, especially when you A/B it with an OD-820.  The OD-820's drive knob doesn't shunt any signal to ground, so it keeps your tone and pick sensitivity fully intact throughout the entire rotation of the drive knob.

The BYOC Green Pony is based on the Maxon OD-820, but we've added all the obligatory Tubescreamer mods as stock options.  On the outside, you'll notice we've added a NORM/THIN/FAT switch which allows you to modify the bass response and gain and a LED/NONE/Si switch that allows you to modify the clipping.  On the inside, we made the Si (silicon) clipping asymmetrical and changed the value of one of the capacitors in a low pass filter so that it doesn't cut as much treble, thus reducing the dreaded mid-range hump.

Another neat thing about the OD-820 is that it has a JFET input buffer that uses the 2SK246 transistor just like the BOSS FA-1 FET PreAmp.  The kit comes with parts to do the FA-1 mod to give the the Green Pony's "clean boost" function that same jangly high impedance JFET sparkle. But if that doesn't sound good to you, then don't do it....it's optional.

If you're a fan of the Tubescreamer, you absolutely must build this kit, because it is going to be your new favorite overdrive.  This isn't just another modified Tubescreamer.  If you're a fan of the Klon Centaur, you should give this a try.  It has less noise, a fuller frequency response, no dull spots in the middle of the drive pot's rotation, and it has true mechanical bypass.