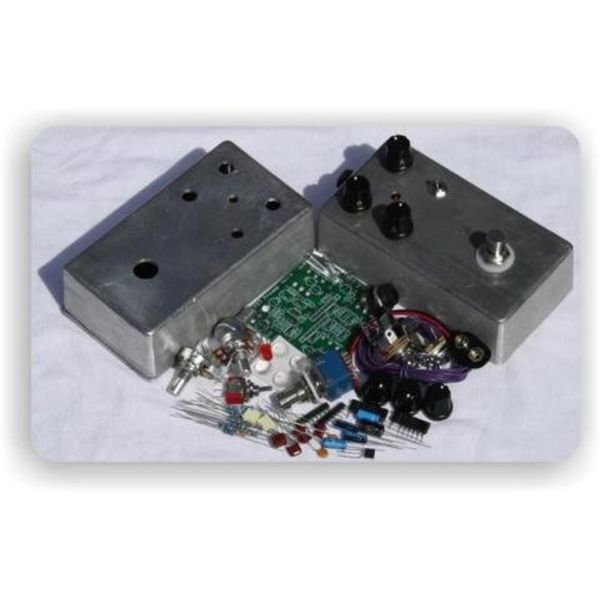 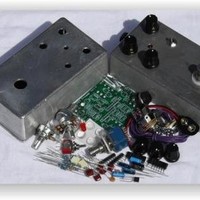 We say "an almost exact replica" because the only difference is that we've added a true bypass footswitch so that you can turn it on and off just like a real stompbox. The BYOC FET PreAmp kit comes with Hitachi HA1457W opamps and an NOS Toshiba 2SK246 JFET which are the exact same semiconductors used in the original FA-1. The BYOC FET PreAmp also adds a few upgrades by using higher quality components than the original such as 1% metal film resistors and higher quality film capacitors anywhere it was possible. The BYOC FET PreAmp is more than just a necessity for someone in a U2 cover band. This is one of the most amazing boosts and tone shaping tools you'll ever use. Even with 26dB of gain, the tone is extremely clean with a very crisp and snappy pick attack that will make your tube amp break up very easily. The 2-band Baxandall based EQ is extremely versatile. Not only can it boost & cut treble and bass, but it can cut mids by simultaneously turning up the treble and bass. And it can boost mids by simultaneously cutting treble and bass to make your guitar tone standout from the rest of the mix. But at the same time, it can remain entirely transparent if you just keep the knobs at noon. The BYOC FET PreAmp is an amazing tone tool that every player should have. It's a very easy build and only costs a fraction of the original.