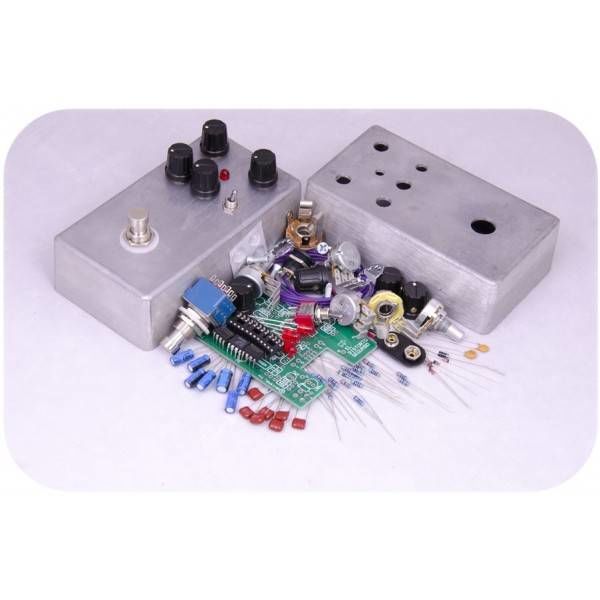 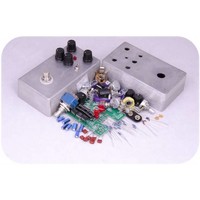 We took a few liberties, like removing the part of the circuit that handles the bypass and made it true mechanical bypass, giving it asymmetrical clipping as a stock feature (of course you can just leave out the extra clipping diodes if you want), adding a toggle switch to switch between standard clipping and LED clipping which gives it a crunchier tone, and doing away with the noisy internal power transformer and allowing for a 9V battery or standard guitar effects power supply (9 ~ 18VDC).  But aside from that, it's true to the original.

This is a little-known and somewhat rare effect.  Although it's not fetching huge vintage prices yet, we decided to make a clone of it because it is such a unique and interesting distortion.  There really isn't any other circuit like this, and if you're an avid DIYer, you're probably getting tired of modding the same old distortion/overdrive circuits, so we thought you guys would enjoy tinkering with this one (unless your a Pumpkins fan, in which case, you'll probably want to leave it just the way it is).  It actually has two completely different distortion/overdrive circuits.  The "resonance" knob blends the second circuit into the mix.  Lots of clipping mods, RC filters, and op amp gain structures to play around with.